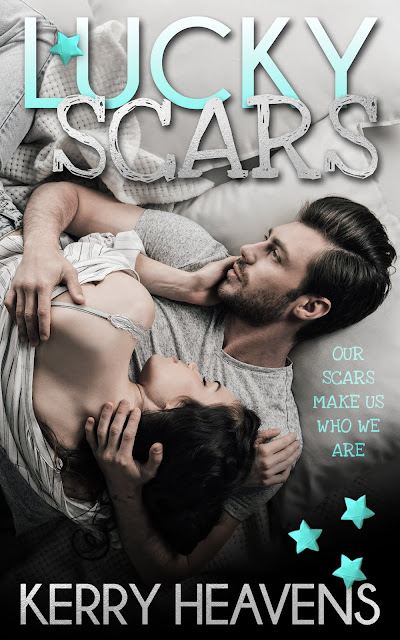 Not every love story begins with a fiery explosion of lust.
Some are tiny embers of hope that smoulder slowly until the stars align…

I’d been living in a bubble.
It was meant to protect me from the things in life that hurt.
I could live, I could laugh, but at least I didn’t have to love.
Loving was dangerous and I would never do it again.

Unknowingly I’d been living in the dark, feeling my way.
He filled my world with starlight.
He showed me how to move on to the next level.
He made me feel again.

I thought the wounds from the past would never fully heal,
But perhaps they only heal when the time is right.

Sometimes you just have to thank your lucky scars. A game company? That’s… different.”
I sucked in a breath and considered what to say. “Well, I’m pretty passionate about games, I guess…”
He thought about this for a moment. “It’s just an unusual career path for—”
“A girl?” I interjected with a definite challenge to my tone.
He closed his eyes in shame and winced. “I didn’t mean it like that. It’s a pretty unusual career path in general, but yeah, I guess for a…” he cleared his throat, “woman, it seems even more surprising. Most women I know don’t give any time to that kind of thing.”
Taking note of the fact that he pointedly corrected me from “girl” to “woman,” I forged ahead. “There are plenty of women into gaming, I’ll have you know. But we make game apps. There isn’t any person living in the civilised world, man or woman, who doesn’t give some time to playing those on their phone these days, I assure you.”
“So, I’ll just put that in my sexist, old-fashioned pipe and smoke it, shall I?” he laughed.
I couldn’t help laughing too. At least he wasn’t denying his outdated views. “So, what do you do?” I looked him up and down, making sure it was obvious I was appraising his appearance as he had mine. “Let me guess,” I pondered. “You argue like a lawyer, but maybe that’s too cliché. Something in banking perhaps?” I tapped my finger to my chin to show I was thinking. “Hedge-fund Manager?”
Jonathan clutched a hand to his chest. “I’m insulted,” he gasped.
“Why? You look the part. Tailored suit, flashy watch, hair just so.”
He touched the side of his hair in a gesture that said thanks for noticing. Then his face turned serious. “So, because I dress nicely and look after myself, I must be what you obviously deem the lowest-of-the-low in the finance field?”
“And I’m a girl, so I can’t be interested in computer games?”
“Touché.”
I grinned. “So, seriously, what do you do?”
“I’m a lawyer.”
“I knew it! A hedge-fund lawyer?” I asked with a smirk.
He looked crestfallen. “No, a civil rights lawyer.”
Oh crap. There I was ripping him to shreds for the way he looked, and he’s all noble and shit. I swallowed hard. “Really?”
“No,” he laughed. “Not really.”
I released a sigh of relief.
“I’m an editor.”
I frowned, I didn’t see that coming. “Of a newspaper?”
Jonathan shook his head as he chuckled ruefully and sipped his coffee, leaving me waiting.
“What?” I challenged. “It was a legitimate question.”
“I was just amused by the way you’re determined to think the worst of me, that’s all.”
“I’m not.” I was close to breaking out in a sweat. This was not going at all how I’d hoped it would. “I just asked if you edited a newspaper that’s all.”
“Because in your mind, if I’m not a cliched lawyer, or a lowest-of-the-low hedge-fund manager, that only leaves journalism?”
My cheeks burned with shame and I wanted to disappear. “I didn’t mean it like that.”
Jonathan smiled. “I’m teasing you Bea. I’m an executive editor for a small publishing house. It’s nothing exciting, or noble, but I’m not the bad guy you seem to think I am.”
I closed my eyes and cursed myself for even coming today. “Fair enough, you win.” I conceded.
“I think we’re even.” Jonathan laughed heartily, and the tension between us broke again.

I adore Kerry Heavens’ writing! So sexy and fresh.

This author captivated me with ‘Just Human’ series which I HIGHLY recommend if you haven’t read them. So I knew I would absolutely love this book. The author has a way with her characters that makes them so real and very relatable.

“Grief and guilt are kind of a double act. It’s normal to blame yourself in some way. But you can’t let it define you.”

Bea and Ziggy are two very unique main characters who have dealt with terrible adversity in their lives. Bea is in charge of a well-known company and is desperate for Ziggy to work for her. Well, work WITH her. They become fast friends as they are really kindred spirits. Bea doesn’t have the time or heart for dating even though a very sexy and handsome man is pursuing her.

“When I returned to my desk, I was still holding the jar of stars. I set it down and stared at it, seeing it in a completely new light. I thought I had captured him, but maybe he was setting me free.”

This story has a lot of heat and heart, just like the authors’ earlier books. The setting is modern and fast-paced and I loved the emotional attachment Bea and Ziggy formed. Even though they both resisted their romantic attraction, it was so beautiful when they finally got together.

I loved the ending!! Ziggy is an amazing hero and melted my heart. If you are looking for a sweet and sexy story that is very romantic and smart, then you will love ‘Lucky Scars’.

“You are the best thing to ever happen to me.”

(With thanks to the author for a review copy.) 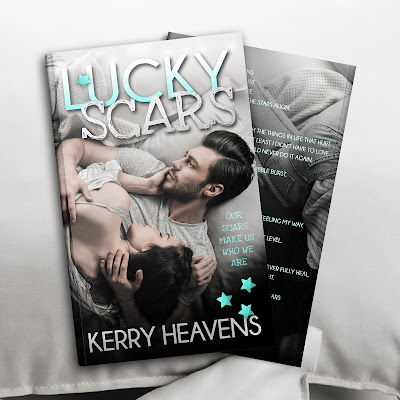