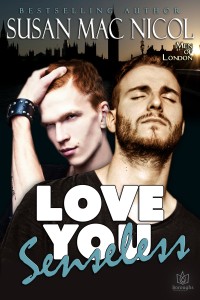 London’s saucy up-and-coming chef, Eddie Tripp has just the right recipe to drive tragedy from the mind of Gideon Kent—and leave him senseless with desire.

From Soho to Norwich, there’s no escaping love.

A TASTE OF FOREVER

An award-winning chef with his own restaurant and an inexhaustible passion, Gideon Kent once had everything. Then came tragedy. It stole more than Gideon’s home. He hasn’t cooked since.

Until Eddie Tripp. Fun-loving and vivacious, the Norfolk redhead’s a real up-and-comer in Gideon’s kitchen—and other places. Slim where Gideon’s broad, easy-going where Gideon is growly, he and Gideon seem polar opposites, and yet Eddie conjures flavors that would tempt anyone with a taste for perfection. The sauce of love is already simmering, and this pair is about to dine on the most delicious dish they’ve ever prepared. Because Eddie’s been Gideon’s missing ingredient all along. 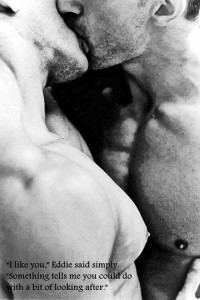 Gideon had been a fairly heavy smoker before the accident and had enjoyed it. Now that the pleasure of inhaling the smoky odour of a cigarette and the woodsy taste of it on his tongue had disappeared, he’d decided there was no point in doing it anymore. Like a martyr, he’d given it up. It had surprised him just how quickly he’d been able to stop-with the help of his gum.

He frowned, gave up on his pity party and lost himself in menus, bookings and details for his accountant. Finally he’d had enough. It was close to eleven pm and time to do the rounds to ensure everything was shut down for the night. There was a soft knock on the door and he looked up to see Eddie standing there diffidently, looking ready to leave, his blue wool beanie jammed over his thick red gold hair, his slightly protuberant ears looking endearingly elf like. A fleeting thought passed through Gideon’s mind that he would make a great Legolas with his fine bone structure and dimpled chin. Albeit with hair the colour of flames and thick enough to run a hand through, long enough on top to wind it around a fist and pull that luscious pink mouth down towards Gideon’s-

And there the fuck I go again. God, get a grip.

“Uhmm, Mr. Kent, before she went home earlier, Carmen said that you wanted to see me before I left?” Emerald green eyes stared into Gideon’s. Eddie stood firm as he hitched his backpack tighter to his shoulder and met Gideon’s gaze unflinchingly.

Gideon tapped the pen on the desk in nervousness at having Eddie so close. Not for the first time he wished he could smell him, see if the man’s scent was sweat or cologne, or soap or sweet scented sugar from the creations he made. 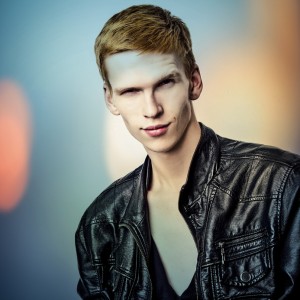 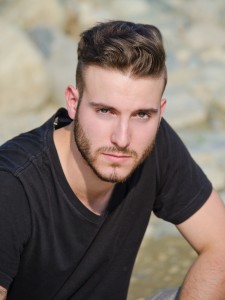 Susan Mac Nicol was born in Leeds, UK, and left for South Africa when she was eight. She returned to the UK thirty years later and now lives in Essex. Her debut novel Cassandra by Starlight, the first in a trilogy, was published earlier this year by Boroughs Publishing Group in the US. Sue’s latest story, Saving Alexander is her second m/m romance.

Sue has written since she was very young, and never thought she would see herself being a Romance writer, being a horror/psychological thriller reader all her life. But the Romance genre is now something very close to her heart and she intends continuing the trend.

Sue is a member of the Romance Writers of America and the Romantic Novelists Association here in the UK.

Susan Mac Nicol is also author of The Magick of Christmas, Confounding Cupid, Cassandra by Starlight , Together in Starlight and the best-selling Stripped Bare.