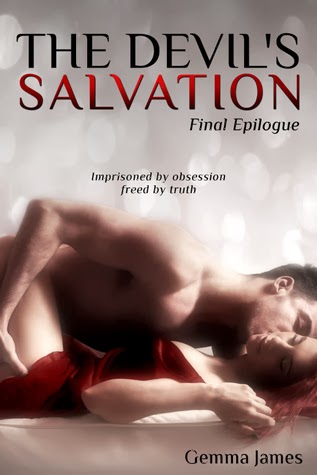 It’s been a year since Kayla Sutton walked away from Gage Channing, the man who blackmailed her into sexual slavery. Now he’s back, and so is Ian Kaplan, Kayla’s one-time lover from her college days. Both men want her, but only one holds the power to make her submit—to her own dark desires and to the truth she still denies, even to herself.
But Gage’s jealousy is his worst enemy, and when he thinks Kayla has chosen Ian, he sets in motion a drastic plan to claim what’s his. Only Kayla never expects him to infiltrate her heart so effortlessly; and she never dreamed there would come a day when he wouldn’t want her—when the mere sight of her turns him away in disgust.
He believes she’s committed the ultimate sin, but will she use his mistake to finally escape the cage of his obsession? Or will she do whatever it takes to make him see he can entrust his heart to her…just as she’s already lost the core of her being to him?
Add to Goodreads
Amazon | B&N | iTunes | Smashwords

The Devil’s Salvation begins where the prior book Retribution ended. Kayla has left relocated far away in order to be alone. To really enjoy this deliciously dark story, you must read the series first and I highly recommend it for a nicely dark and rough erotica story. I really love Gage and to say he is a brutal character is putting it mildly! The sex scenes between Gage and Kayla are really hot and erotic, even when they were difficult to read. The author has written an AMAZING character in Gage – I do think he has some redeeming qualities, Number #1 being that he is wonderful to Eve, Kayla’s young daughter, and shows a surprisingly tender side with her.

I LOVE how Kayla comes to accept her darker side, and I also absolutely loved the sex and submission scenes. They are wild! Be warned that there are some very difficult scenes to read but I highly recommend this book, and the series for all fans of dark romance. This is a thrilling ride and should NOT be missed!

My breath grew shallow, from arousal, from fear. Gage was good at that—eliciting strong emotions that contrasted so sharply, they knocked a person on their ass in total confusion. I shouldn’t want him. I should scream at him to get the hell out of my house and never come back. I should get a freaking restraining order.
As if the turmoil inside me didn’t exist, I set our omelets on the table and calmly took a seat across from him. “What did you mean by boundaries?” I stabbed a bite and shoved it in my mouth. Raising my eyes to his turned out to be a mistake. His hypnotic stare paralyzed me; I couldn’t look away if my life depended on it. I fell into the ocean of his gaze and almost missed the satisfied quirk of his lips. Almost.
“You know by now that a relationship with me won’t be your standard variety. You’ll have rules that govern your behavior.”
“My behavior?”
“Yes. I expect you to obey me.” He set his fork down and winced. “But last year I was cruel to you and that’s not how I normally treat a woman. Not even when they beg me to hurt them beyond what I’m comfortable with.”
“Then why?” I choked out. Everything he’d done hit me square in the chest, and his admission that he’d been exceptionally cruel hurt more than it should.
“I wanted to destroy what was his.” He lowered his head with a frown. At least he had the grace to look ashamed.
“Congratulations.” I let my fork drop, satisfied with the clatter it made. “You succeeded.”
“No, I didn’t. Your strength is both my frustration and my undoing. There’s nothing more irritating or sexier on a woman.” He took a bite, and his gaze veered up to mine. “And to clarify on what I mean by boundaries, we’ll set limits this time. You’ll have a safe word.”
“You’re talking as if we’re going to be together.”
“I’m not leaving here without you, Kayla.”
The Devil’s Kiss Trilogy (The first book) 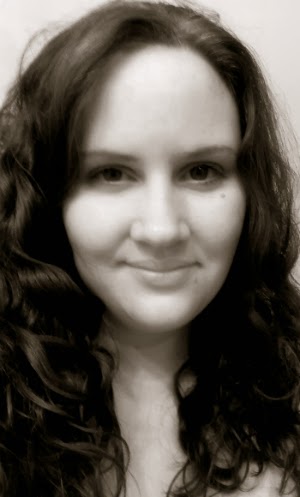 Gemma James (a pseudonym for Christina Jean Michaels) loves to explore the darker side of sex in her fiction. She’s morbidly curious about anything dark and edgy and enjoys exploring the deviant side of human nature. Her stories have been described as being “not for the faint of heart.”
She lives with her husband and their four children–three rambunctious UFC/wrestling-loving boys and one girl who steals everyone’s attention.
Website/Blog | Facebook | Twitter | Goodreads Author Page |  Amazon Page