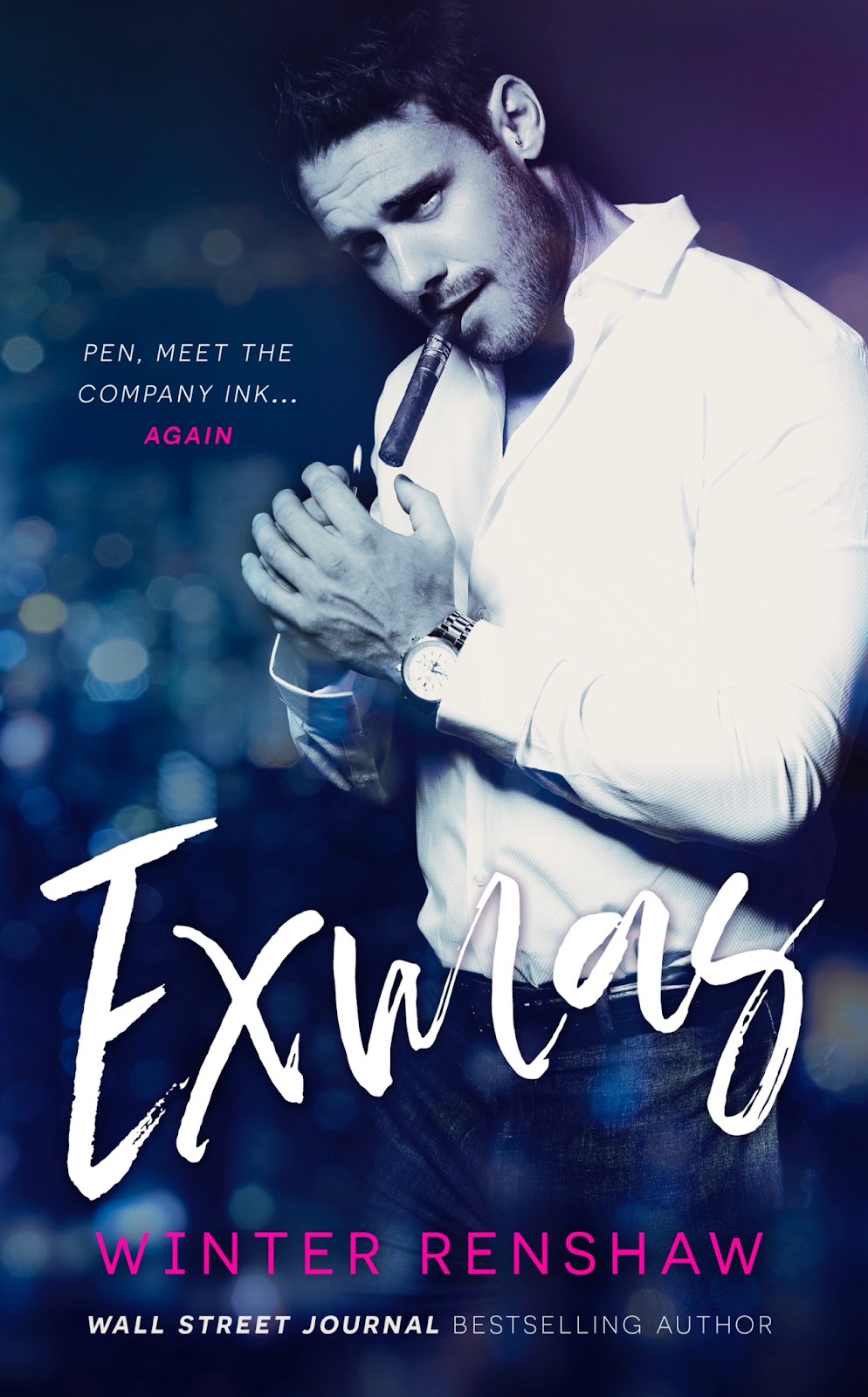 This Christmas, I’ll be getting a visit from a man in a suit, only it won’t be Santa.

Let me first say: Reed York was never my boyfriend. He was the pen. I was the company ink. Though if you want to get technical, we were more like colleagues-who-hated-each-other … with benefits.

Everything was fine until the charming jerk went behind my back, stole my promotion, and became my boss—literally overnight.

Refusing to work beneath him (professionally speaking and otherwise), I transferred 2,014 miles away to our Chicago division, and I’ve spent the past year trying to remember how much I hated his panty-melting smirk so I can forget how much I secretly loved the way his ocean eyes lit every time I walked into the room.

But he’s just announced a last-minute site visit the week between Christmas and New Year’s Day, and on top of that, he’s audaciously designated me as his ‘right hand gal’ during his visit. If he thinks he has a snowball’s chance in this hell at getting back in my good graces, he’s got another thing coming.

Reed York might be a man used to getting everything he’s ever wanted, but Joa Jolivet is a woman that never forgets.

He can put me on his Christmas list all he wants, but everyone knows naughty boys only get coal.

Reed“Pam said you were looking for me?” Joa stands at the threshold of the conference room, favoring the hall side, her hands braced against the door jamb. Everything about her says she’s trying like hell to physically resist me.
I take my time checking my watch. “Do you always take three-hour lunches?”
Her arms tighten across her chest. “I was with a client.”
“Do you always let your clients kiss you?”
Her jaw hangs loose. “You were watching me?”
“Not watching. I looked outside and happened to see. Joa, why don’t you come in and shut the door.”
She hesitates, nostrils slightly flared, and then her arms drop to her sides and she exhales before stepping inside and shutting the door.
“You don’t have to stand all the way over there.” I chuff, finding amusement in the fact that she’s still digging her heels in. “I’m not going to bite. Only did that once. You didn’t like it, remember?”
“I can’t believe we’re having this conversation right now.”
“I can’t believe we’re having a conversation, period.” I rise, buttoning my suit coat as I make my way to her. “And I also can’t believe I had to fly two thousand miles across the country to get you to even look at me.”
“Really? Reed? You can’t believe that?” Her tone is mocking, her angled brows a stark contrast on her sweet face. She’s never been good at looking angry. It doesn’t suit her.
“All I wanted to do that day was tell you how sorry I was—”
“—sorry?!” She laughs, refusing to let me explain that my hands were tied. I was tapped that morning and told I had no choice but to take a job for which I never applied—a job that I didn’t even want—and that was before I knew the half of what was going on. “You were sorry? You wished me luck that morning, Reed. And then you took the job right out from under me. You knew how much I wanted that job and you just … took it. And then you stand here a year later with the audacity to act like I owe you a chance to apologize.”
“You don’t owe me anything, Joa.”
Her lips part, as if she already had a response prepared, but she stops herself, apparently at a loss for words. And I could be imagining this, but I swear her expression softened just a hair.
“Look—” I begin to say until she waves her hand through the air to silence me.
“Please. Let’s not waste our time talking about something that happened a lifetime ago,” she says. Funny how a year ago feels like a lifetime to her. It feels like only yesterday to me.

Wall Street Journal and #1 Amazon bestselling author Winter Renshaw is a bona fide daydream believer. She lives somewhere in the middle of the USA and can rarely be seen without her trusty Mead notebook and ultra portable laptop. When she’s not writing, she’s living the American dream with her husband, three kids, and the laziest puggle this side of the Mississippi.