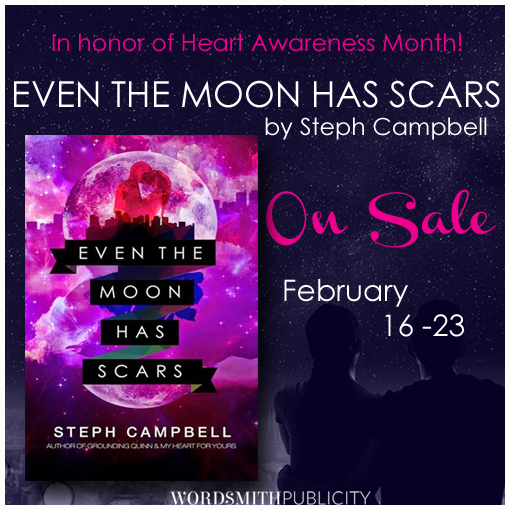 Steph’s youngest daughter was born with a rare heart defect called TAPVR. Britta is a happy, healthy three year old now, and also the inspiration for EVEN THE MOON HAS SCARS. In honor of Heart Awareness Month, Steph will be running a sale on EVEN THE MOON HAS SCARS from Feb 16-23. We would love for you to join us in spreading the word! #1in100 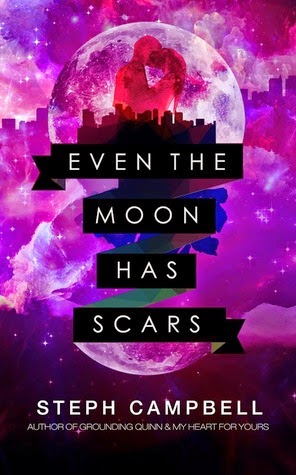 Two strangers.
Two broken hearts.
One night to set each other free.
Almost dying from an undiagnosed heart condition means every second of your life is a precious gift to be guarded.
Lena Pettitt was born a miracle.
And her parents never let her forget it.
Even if that daily reminder kept her from experiencing the one thing they were trying to protect most–her life.
Gabriel Martinez’s heart has been ripped out.
His pride has been stomped on.
Oh, and he now has an arrest record that’s caused an even bigger rift between him and his DA mother. All for a love that wasn’t really true.
Now he’s exiled to his grandmother’s, working on his late grandpa’s old Corvair when a shivering girl knocks on the garage door. Lena, left alone for the first time ever, has locked herself out of her house–in the snow. Gabe knows he could help this girl get back inside her house–but that may mean missing the next train to Boston to pick up the part he’s spent eight weeks tracking down. She can wait for him at his grandmother’s or…
A few hours, an aluminum valve cover, and some strong coffee later, neither Gabe or Lena can feign disappointment when they race to the station and arrive just as the last train home from Boston is pulling out.
As jaded as he is, Gabe can’t deny the fact that he’s excited to spend the night exploring a city he knows nearly every corner of, with a girl who sees magic in the simplest things.
Lena has been waiting for her tiny world to crack open her entire life. Now that it’s finally happened, she finds the only thing she can focus on is the unexpected tour guide who opens her eyes to possibilities she never imagined.
All they have is this one night, together, under the bright moon in a city full of hidden beauty.
It’s one night that will change how they see the world and the paths their hearts will take forever. 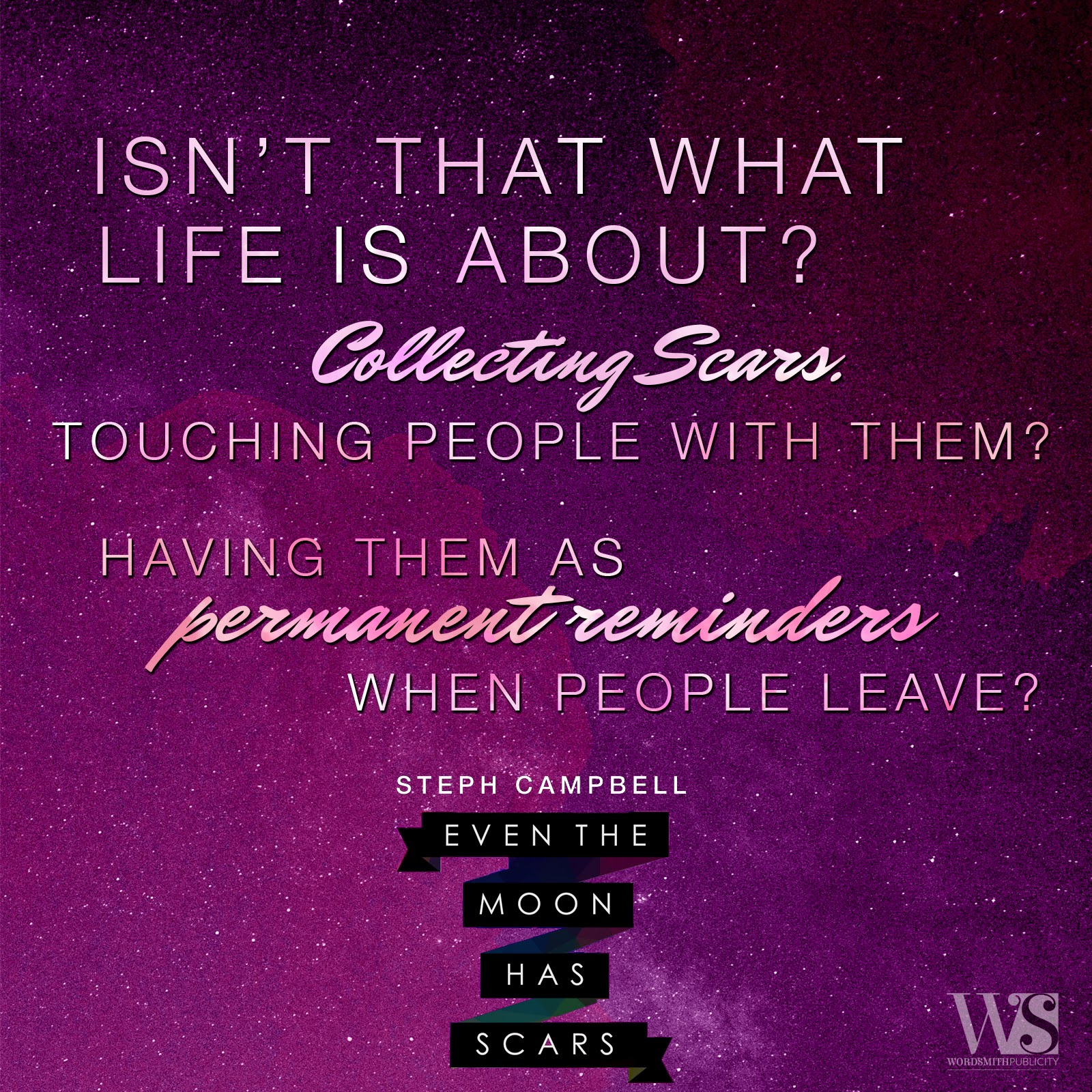 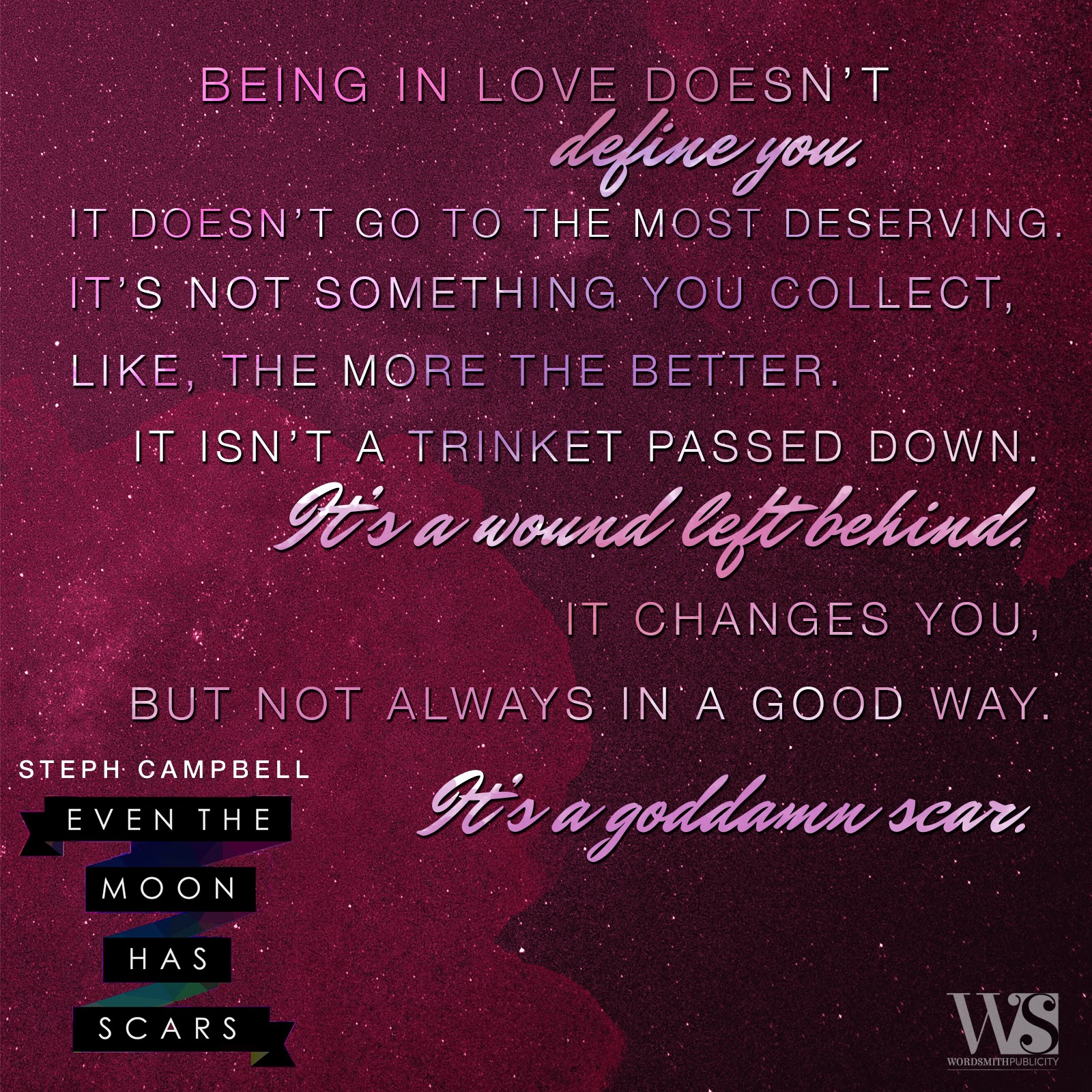 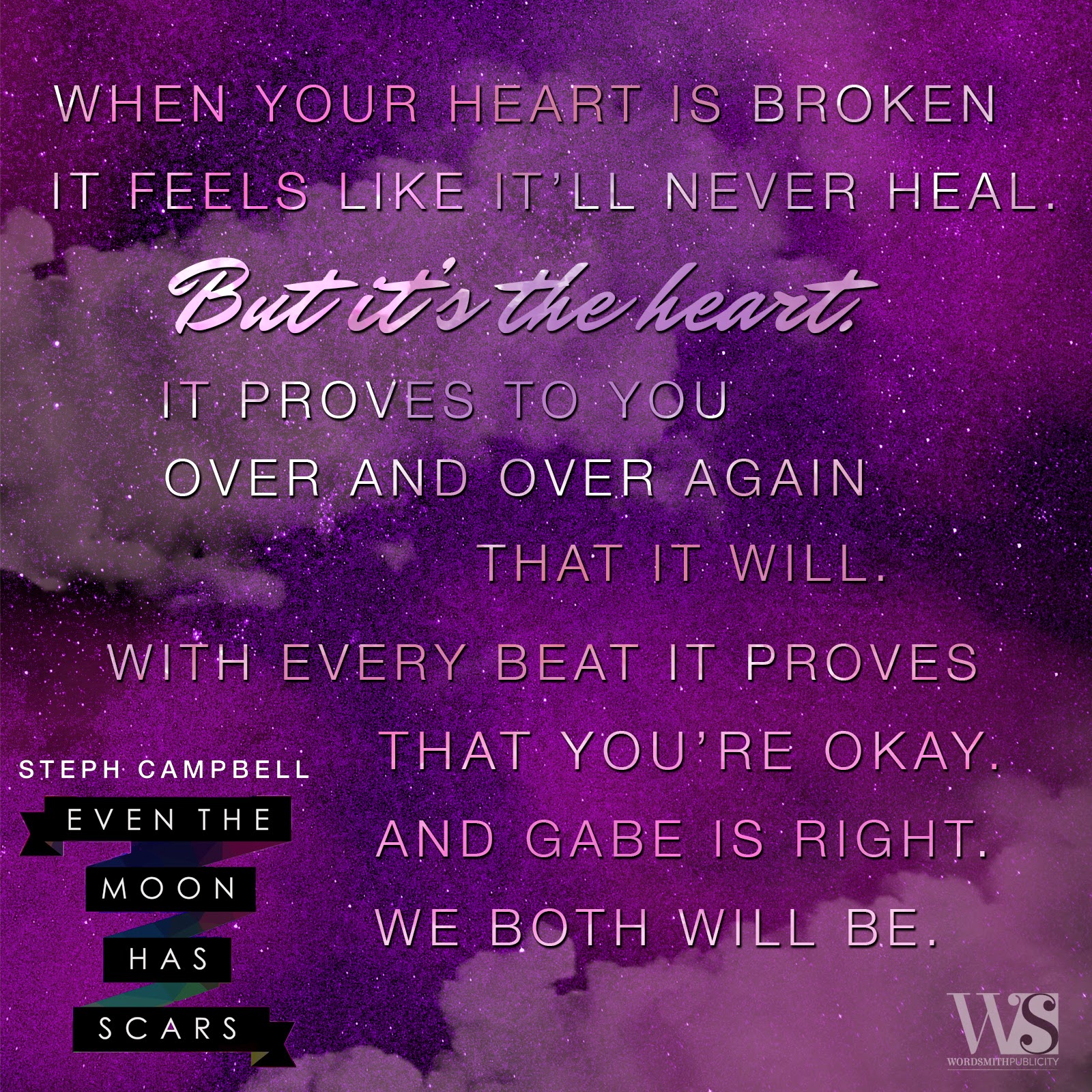 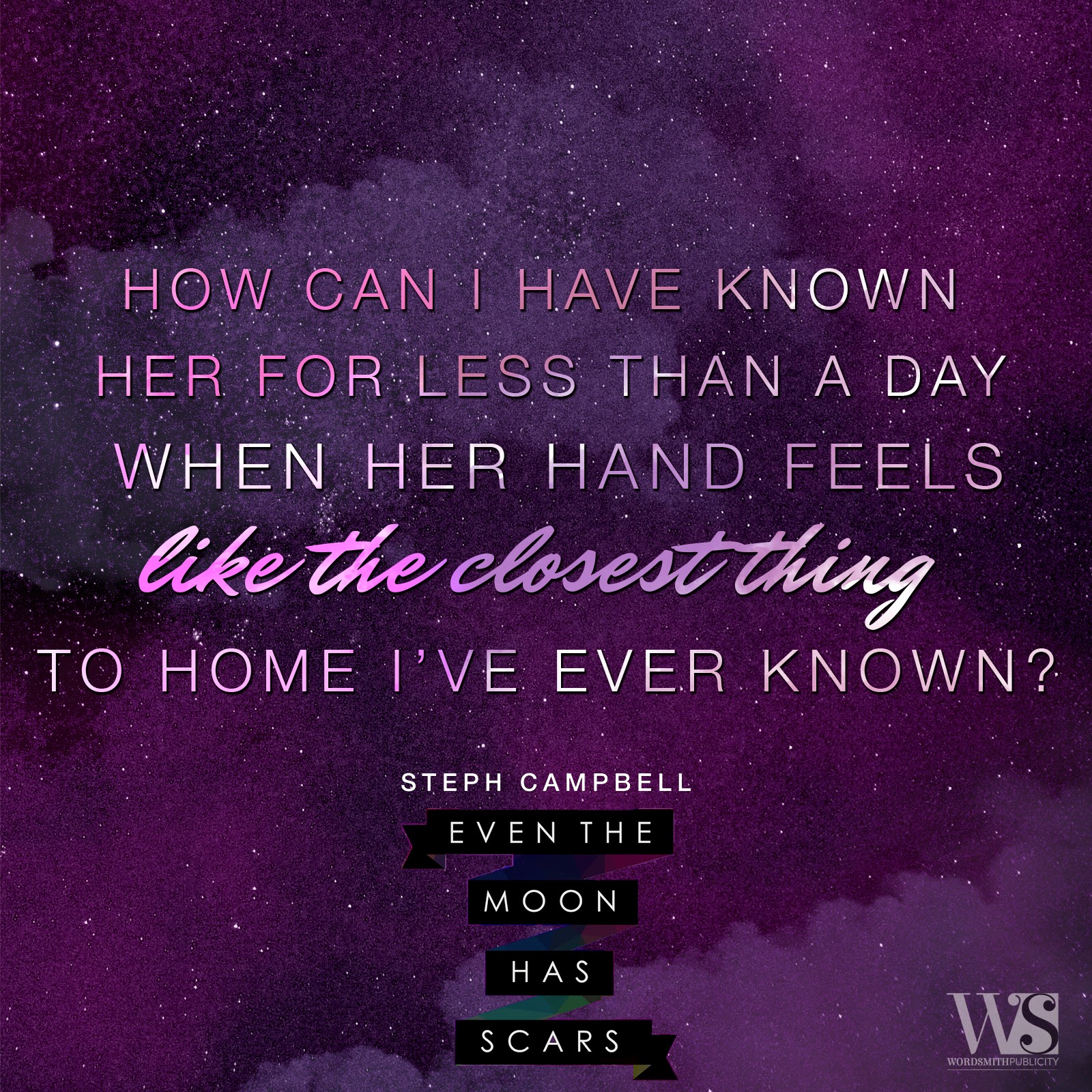 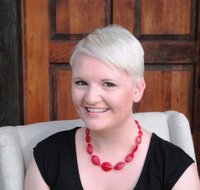 Steph Campbell grew up in Southern California, but now lives in the hot, humid south. She has one husband, four children and a serious nail polish obsession. When she’s not writing or taking care of her brood, she’s reading or scouring travel sites, always ready for life’s next adventure.