Here is the GORGEOUS cover for book 2 in the Unbreakable Series by Rebecca Shea titled UNDONE.

This is Landon’s story… 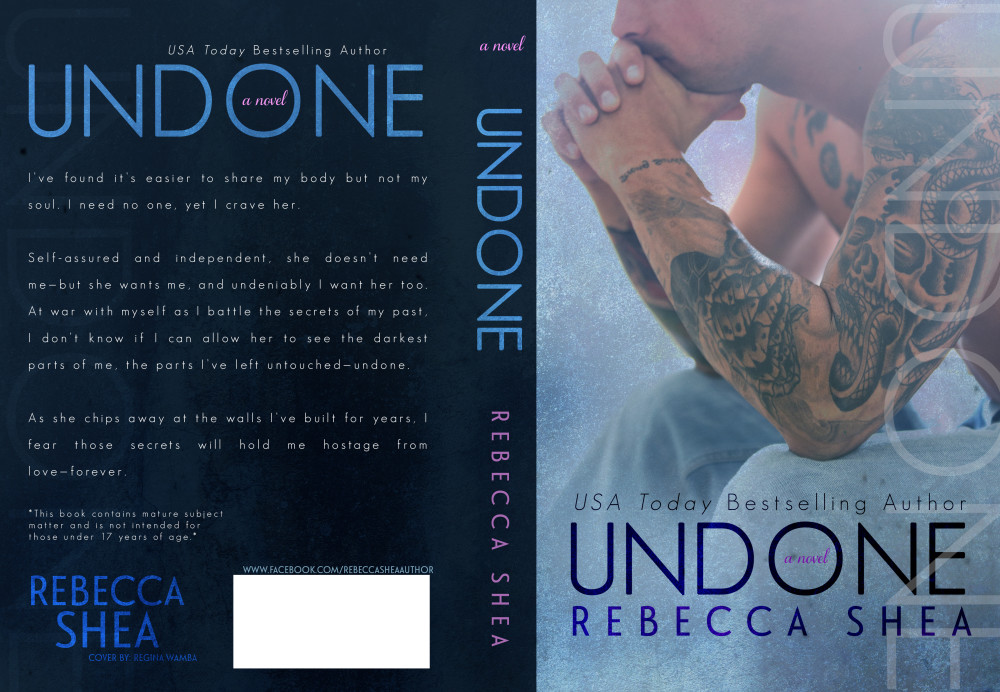 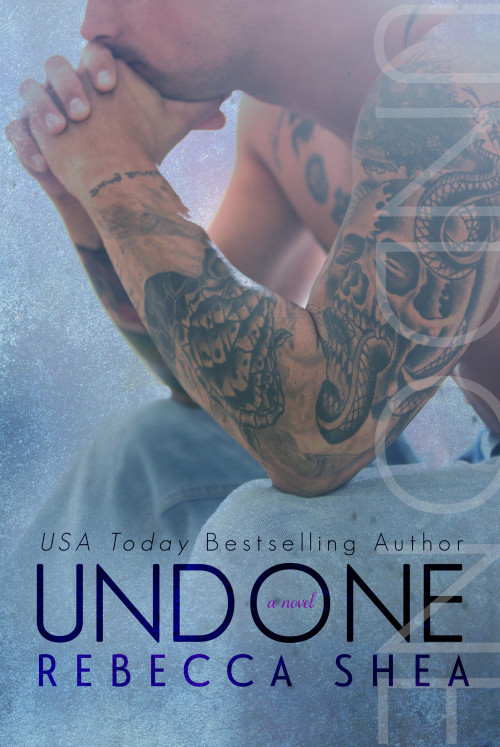 **This book is New Adult and contains mature subject matter. It is not intended for those under 17 years of age.**

I’ve found it’s easier to share my body but not my soul. I need no one, yet I crave her.

Self-assured and independent, she doesn’t need me—but she wants me, and undeniably I want her too. At war with myself as I battle the secrets of my past, I don’t know if I can allow her to see the darkest parts of me, the parts I’ve left untouched—undone.

As she chips away at the walls I’ve built for years, I fear those secrets will hold me hostage from love—forever.

Cover Designer: Regina at Mae I Design and Photography

Sliding into their chairs Matt and Lindsay both stare at me, waiting for me to say something.
“What?” I ask.
“Is she why we’re here?” Lindsay asks coyly. I smirk and take a drink of beer.
“Maybe.”
“Jesus, Lan, I did a double take there for a second, she reminds me so much of…”
“Linds,” Matt cuts her off. He’s tired of my sorry ass still moping around because of Jess. It’s been a year since she’s moved back to California and she’s now engaged. While I know I did the right thing in letting her go, I can’t help but wonder what if I could have been the man she needed? What if I could have changed for her? But I know I couldn’t, or wouldn’t. I would have hurt her. I would have drawn her in and pushed her away, because that’s what I do. But more importantly I knew I never had her heart, it always belonged to someone else.
“It’s okay. I thought the same thing when I saw her last night. The similarities are uncanny.”
“No shit,” Lindsay snorts taking a long pull of her drink through the skinny straw.
“Jesus, Lindsay, you’re so fucking blunt,” Matt says, finishing off the beer in his mug. I laugh because I’m used to it—it’s Lindsay.
“So what, I’ve got a thing for tall, leggy brunettes,” I shrug.
“You don’t have to say that twice,” Matt interjects. Lindsay smacks Matt’s shoulder and shakes her head. “And this is why we find ourselves at Mac’s bar on a Saturday night,” Matt motions with his head toward Reagan who is squeezing through the groups of people standing around the tables.
“She seems really nice,” Lindsay says finishing her drink. She shakes the tall glass and the ice rattles together. “Well would you look at that,” she says sarcastically, “looks like I need another drink.” She cranes her neck looking for Reagan. As she gets her attention and waves her over to our table, Lindsay smirks at me.
“Reagan, can I get another Grey Goose and cranberry? And as much as I love them, I’d like to be able to walk out of here in a few hours, so maybe ask Mac to take it easy on the vodka pour.” Reagan laughs.
“Of course.” Looking at our half full pitcher of beer, Reagan looks between Matt and I. “Is there anything else you two need?”
“I’ll take a glass of ice water, I’m driving tonight,” Matt explains. Reagan looks to me waiting for me to answer.
“No thanks, I’m good—for now. I’m sure I’ll want something later.” The remark is laced with undertones and Lindsay kicks me under the table while Matt lowers his head and laughs. Regan gives me a little smirk and shakes her head while clearing the glasses of the table. Leaning into me, she whispers “Then maybe I’ll be back later.” I catch my breath as her long hair sweeps across my cheek and her arm brushes mine. But as she turns to leave she smirks and says over her shoulder “Or maybe I won’t.” 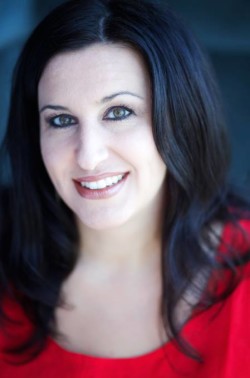 Rebecca Shea is the USA Today Bestselling author of Unbreakable. She lives in Phoenix, Arizona with her family and her beagle, Miles. From the time Rebecca could read she has had a passion for books. Rebecca spends her days working full-time and her nights writing, bringing stories to life. Born and raised in Minnesota, Rebecca moved to Arizona in 1999 to escape the bitter winters. When not working or writing, she can be found on the sidelines of her sons football games, or watching her daughter at ballet class. Rebecca is fueled by insane amounts of coffee, margaritas, Laffy Taffy (except the banana ones), and happily ever afters.