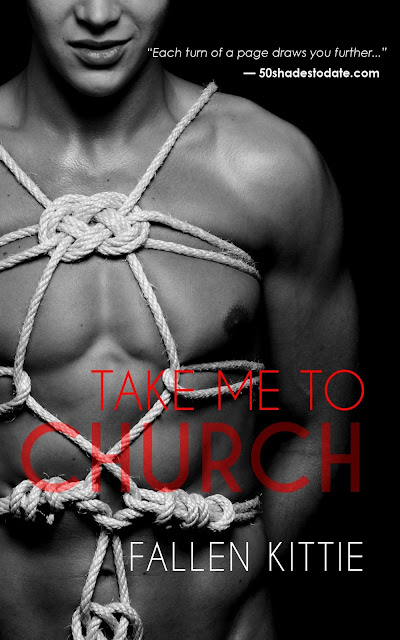 TITLE: Take Me to Church


Clark White plays by the rules. Heading his
empire, life revolves around rules and routine. Everyone knows Clark White as
the white knight, a polished professional who shoulders any onus and honors his
promises. Calm, cool, collected, and the perfect gentleman: his tailored suits
don’t hurt either. Calling him classy would be an understatement.

His former stepsister, Vera, calls him many
things. ‘Classy’ isn’t one of them. She could call him generous since he
doesn’t think twice about paying her tuition when she turns up, short on cash.

She calls him pathetic instead.

Beneath her feet, she hurls Clark to new heights
of pleasure as she makes him her submissive. As a Mistress studying to become a
priest, she shocks in more ways than one. Between bouts of biblical insight and
agonizing intimacies, she claws into Clark’s conscience until he obliges her.

Until the sting of submission steers him to look
inside himself.

PURCHASE TAKE ME TO CHURCH: 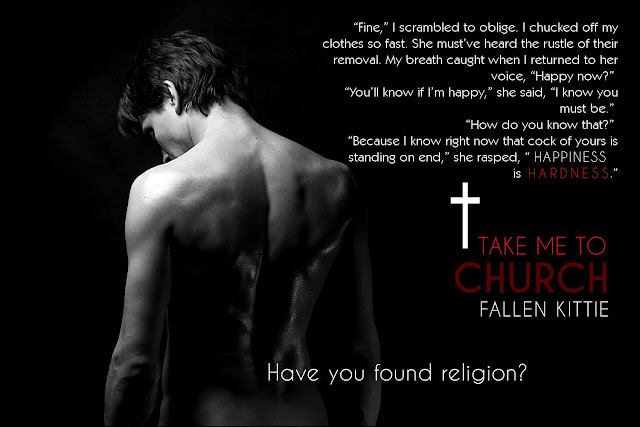 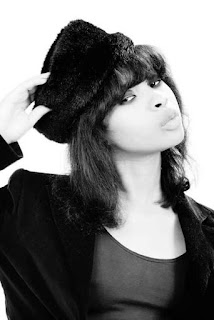 
Fallen Kittie is a freelance writer and
sociologist currently studying existentialism and supernatural folklore. Midway
into her academic career, she discovered writing was her escape from the
miscellaneous monotonies of her syllabi. As she continues writing, she
cultivates a preference for erotica over the emptiness of the empirical.
(author photo credit: de Gier Photography)

« Excerpt + Giveaway: Beyond the Cut by Sarah Castille
Book Blitz & Excerpt: No Limit (Armed and Dangerous, #1) by L.P. Dover »