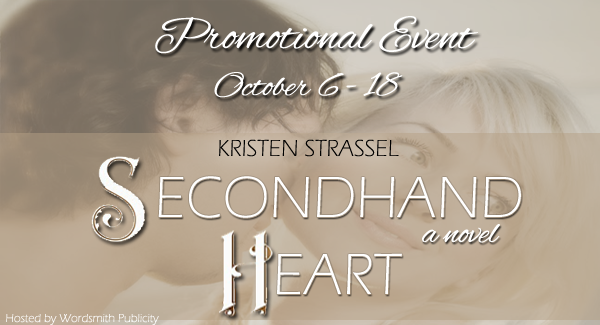 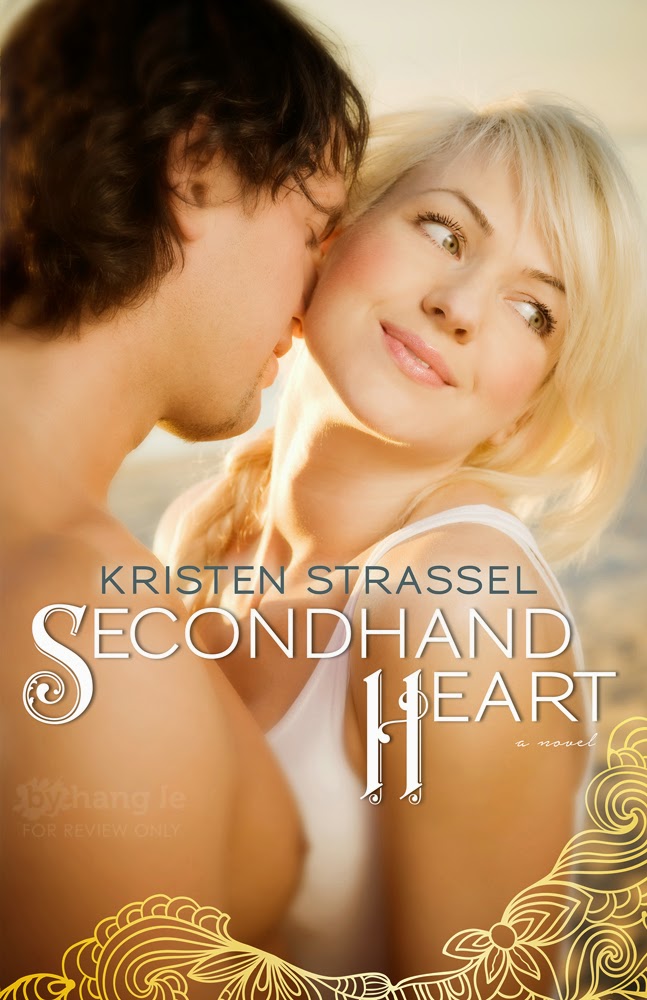 Title: Secondhand Heart
Author: Kristen Strassel
Age: NA
Genre: Contemporary Romance
Release Date: 10/7/14
Goodreads
Daisy Mangold thought she had her life figured out until a roadside bomb in Afghanistan changed everything. Now a twenty-one-year-old military widow, Daisy moves back home to start over.
Cam Hunter won the reality show The Spotlight, and thought he was on his way to becoming the next big country star. But when whispers of how he won begin to surface, Nashville is less than welcoming. After he loses his record deal, Cam heads back home to open a country bar.
When Daisy meets Cam, she isn’t sure she’s ready to let go of the ghosts from her past. Cam’s ex-wife isn’t ready to move on either, and the tragedy she causes will expose Cam’s secrets and shatter Daisy’s family.
Will Daisy be able to follow her heart into a future with Cam, or will her grief keep her trapped in a past that no longer exists?
Purchase Links
Amazon
** EXCERPT **

“How did it go? I’ve been dying to ask you.” Ev’s voice automatically went up an octave.
“Did you hire Cam before or after I talked to him?” In a way, I was hoping it was after. In girl language, that could be translated as he was looking for something a bit more serious. No matter when it was, it meant that I had to make sure I didn’t screw things up with him until after the wedding.
“Before. I asked him about it when he called looking for you.” Damn. “Stop stalling and tell me everything.”
“It was…interesting?” I wasn’t sure what word I wanted to use. “He was a perfect gentleman, and tried to go through with a proper interview even though I bring absolutely nothing to the table.”
“So you didn’t get to first base in the back room?” Ev sounded a little disappointed.
“Shit. I was only supposed to go to first base? The place has a mechanical bull. I thought that was like the casting couch.” I stifled laughter when Ev gasped in horror. “Believe it or not, I acted like a lady. He wants me to help him get settled in Plymouth.”
“Like a personal assistant?” she asked. “That would be really cool. We’d kind of be working together.”
“No, like a friend. I am the first woman in history to get friend zoned during a job interview,” I sighed.
“Oh.” Ev clearly didn’t know what to make of that. “That’s a good thing, I think. Let’s face it, you’re not exactly ready to start dating, and I’m not even sure if Cam is totally divorced yet. Both of you are just getting back on your feet.”
“Maybe we can talk about our therapy sessions when we hang out.”
“Daisy, come on. You blew the guy off, and now you’re upset you didn’t get more out of meeting with him? You’re not being fair to anyone, especially yourself.” Kristen shares a birthday with Steven Tyler and Diana Ross. She spends each day striving to be half as fabulous as they are. She’s worn many hats, none as flattering as her cowboy hat: banker, retail manager, fledgling web designer, world’s worst cocktail waitress, panty slinger, now makeup artist and author. She loves sunshine, live music, the middle of nowhere, and finding new things to put in her house.
Website | Facebook | Twitter