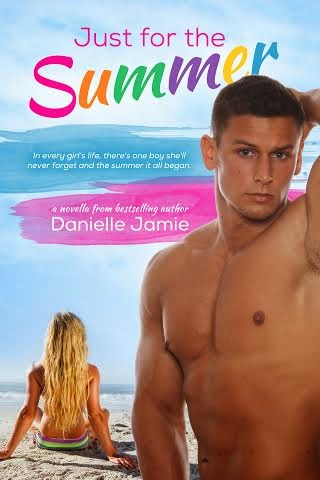 **This summer fall in
love with Chase and Ashlynn. See how their love story began in Just For
The Summer. A hot steamy novella showing the ups and downs of a hot
summer romance**

Chase Kenzington loves two things: fast cars and
women. At twenty-one, he has the entire world at his feet. With his
father being Hank Kenzington, who is one of the best drivers in the
Sprint Cup Series and his grandfather, Arnold Kenzington, a legend in
Nascar, he’s used to getting whatever he wants when he wants it.
When
he and his friends decide to spend the summer at his father’s beach
house in Myrtle Beach, he expects to spend it throwing parties on the
beach and finding hot girls to hook up with. The last thing on his mind
is finding a girl who’ll make him re-think everything.

Ashlynn
Myers, along with a few sorority sisters, is heading to Myrtle Beach for
four weeks of fun in the sun. The last thing she expects is to meet a
guy while on vacation who will make her fall fast and hard before she
even knows what hit her. When she meets Chase the chemistry between them
is undeniable. The thing about summer and summer romances is that they
both come with expiration dates. After summer ends you have to part ways
and go back to your everyday lives.

What do you do when you
think you’ve found your soulmate but you’re separated by hundreds of
miles? Will Ashlynn and Chase be able to walk away from their summer
fling and never look back, pretending that what they had for one month
over the summer was nothing more than a hot summer hook-up? 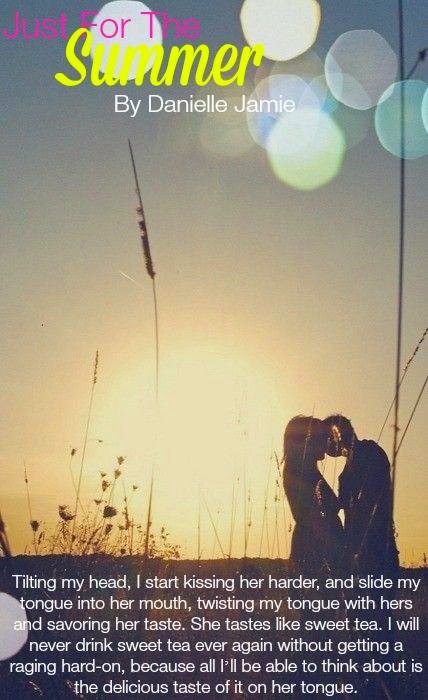 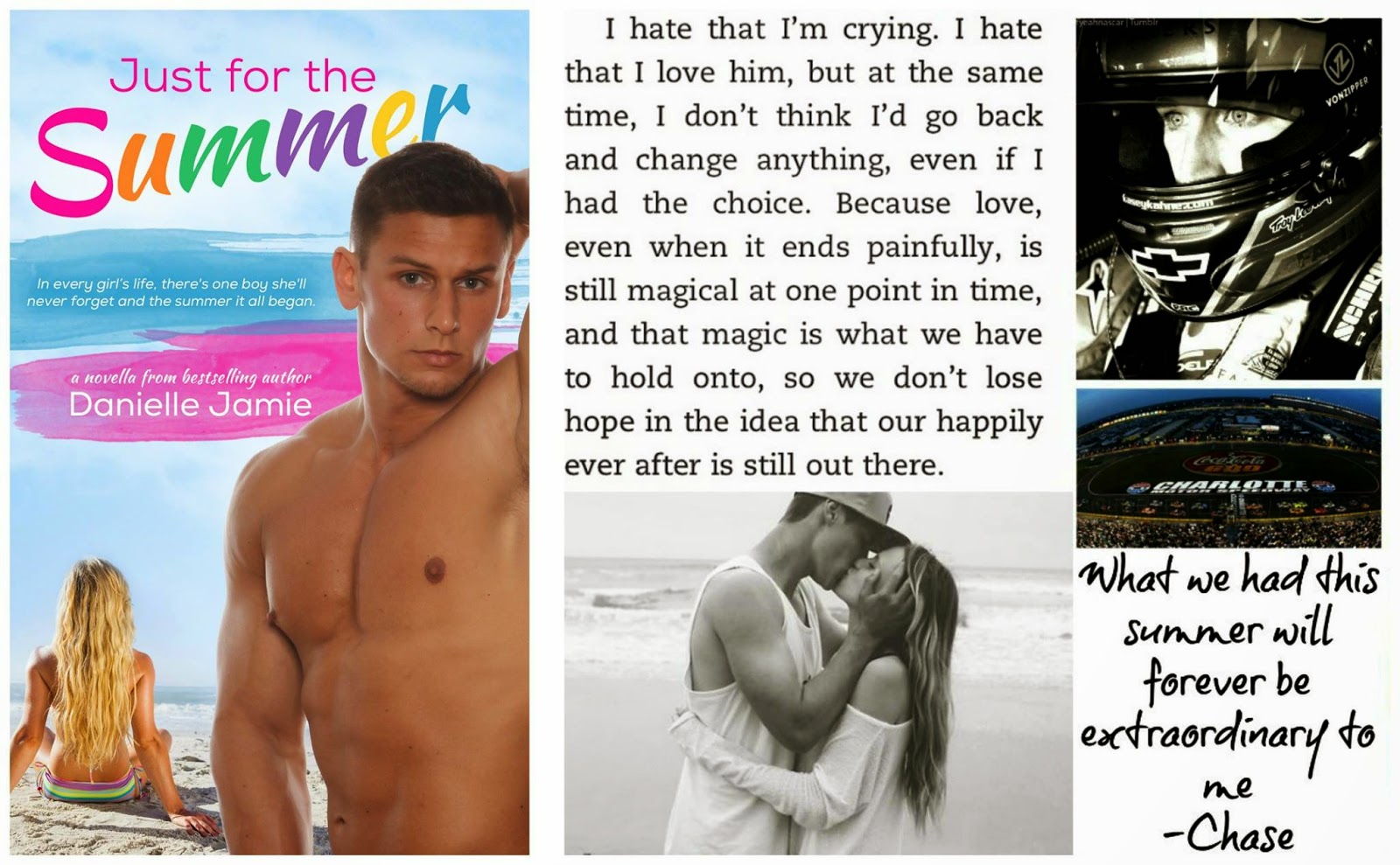 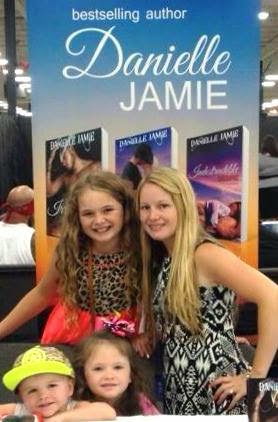 Bestselling
Author of the Savannah Series. I published my first novel Irresistible
Desire last March, and since then it’s been whirlwind year! I love my
die hard fans #KaydensAngels!
I’m
29yrs old and the mother of three gorgeous children ranging in the ages
of 11, 6 and 3. I also run Bailey Boopers Boutique full time along with
writing. I love to stay busy!! I love traveling and the beach, so I’m
excited to mix the two when I travel to FL, TX, AL, NC, CA..ect through
out the yr meeting my kick ass fans!! 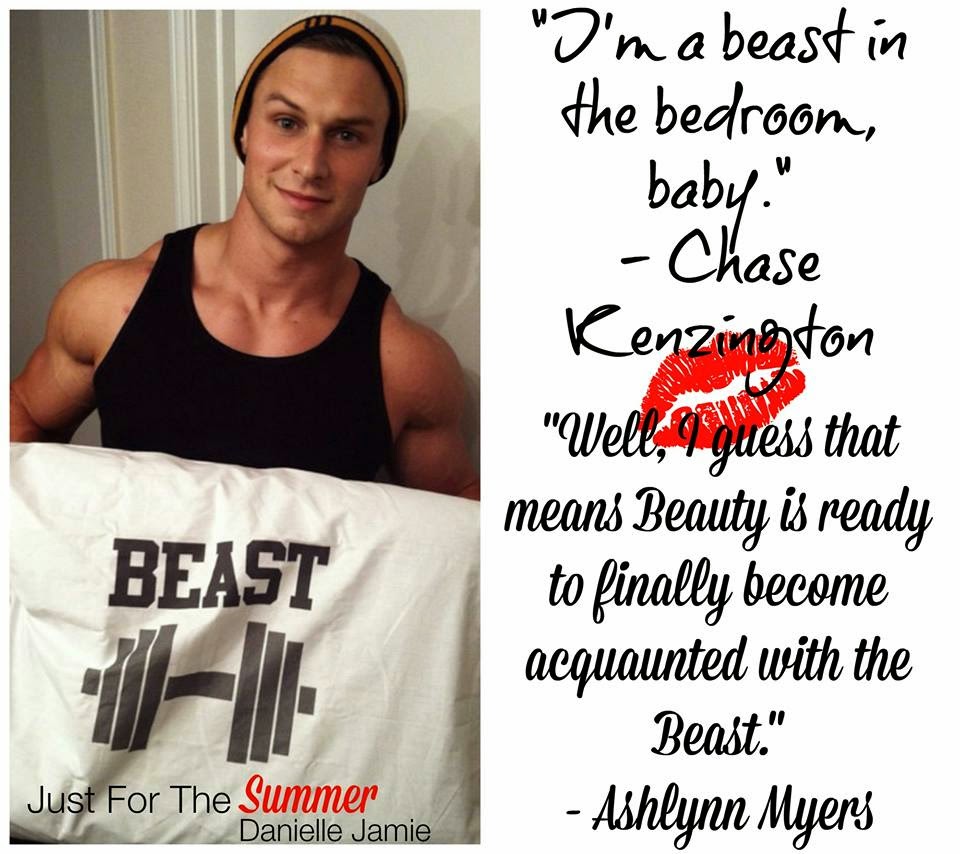 We spend the entire afternoon down by the water soaking up the sun and enjoying doing absolutely nothing after being trapped in a car for seven very long hours. Only after our stomachs begin to rumble do we pull ourselves away. It’s almost six-thirty at night, so we decide to head up to the house, shower, and go out somewhere for dinner.
Four girls getting ready is not a speedy process. After almost an hour and a half, we’re finally dressed and ready to explore Myrtle Beach.
Just as we’re making our way down the tall deck stairs that lead down to the driveway, we spot a group of guys climbing out of a speedboat that is now parked at a dock in front of the house next door.
“Damn. Why am I not single?” I hear Nikki mumble as we all gawk at the three guys, who are wearing nothing but board shorts and flip-flops. They all have sunglasses on and beers inside koozies in their hands as they make their way up the beach towards the two-story house to the right of ours.
I glance at their driveway and notice a yellow Suzuki crotch rocket and two other vehicles, a jacked up red Silverado, and a black Mustang convertible.
“Well, we’re single and definitely ready to mingle, right, Ashlynn?” Becca hints, elbowing me and giving me a cheeky grin. I just shake my head and let out a soft chuckle.
They are definitely easy on the eyes. All three of them are very nicely toned and tan. If I had to guess, I’d say they’re all around our age. The idea of partying with them makes this summer getaway look even better.
“They’re all hot. Do you think they had some type of interview process, ‘Only good-looking dudes allowed in this bromance’? I definitely wouldn’t kick any of them out of my bed,” I say, laughing as I press the button on my keys, unlocking the doors of my Explorer.
Just as we get about halfway down the stairs, the group of guys, who are laughing at something tall, tanned, and extremely good-looking just said, spot us four dorks staring at them. I think we all need a bib to catch the drool that’s dribbling down our chins right now.
They all flash us mega-watt smiles that sparkle in the slowly setting sunlight. This time of year, it stays daylight out until almost nine-thirty at night, so we have one more hour until the sky turns dark and the board walk of Myrtle Beach lights up.
We all squeal and scurry down the stairs to my car just as the guys raise their hands and give us a small wave. “Welcome to Myrtle Beach, ladies!” the guy with shorter dark hair shouts across to us. The other two just wave and keep smiling. Just that alone has short circuited our brains.
Waving back at them, we quickly climb into my car, and I waste no time starting it up.
“Holy shit, they are hot!” Tamara says, staring straight ahead at the area the guys were just standing before they disappeared into their house. It’s as if she believes if she keeps staring, they’ll magically reappear. Just as the thought pops into my head—BAM!—out comes all three sun-kissed Greek gods onto the large wraparound deck with platters in their hands as they head over to a grill.
“Hurry up and start moving the damn car, Ashlynn, before they think we’re weirdoes sitting in a car just staring at them,” Nikki snaps at me from the back seat.
I shift the car into reverse to back out of our driveway, but before I can move my foot off of the brake, my eyes lock with the gorgeous man with ocean blue eyes and dirty blonde hair standing at the grill. The color of his eyes pop against his tanned skin, and for a moment, I get lost in them before Tamara slaps me on the arm and brings me out of my trance.
“Ashlynn, start driving before I end up settling for cannibalism. I’m freaking starving!”