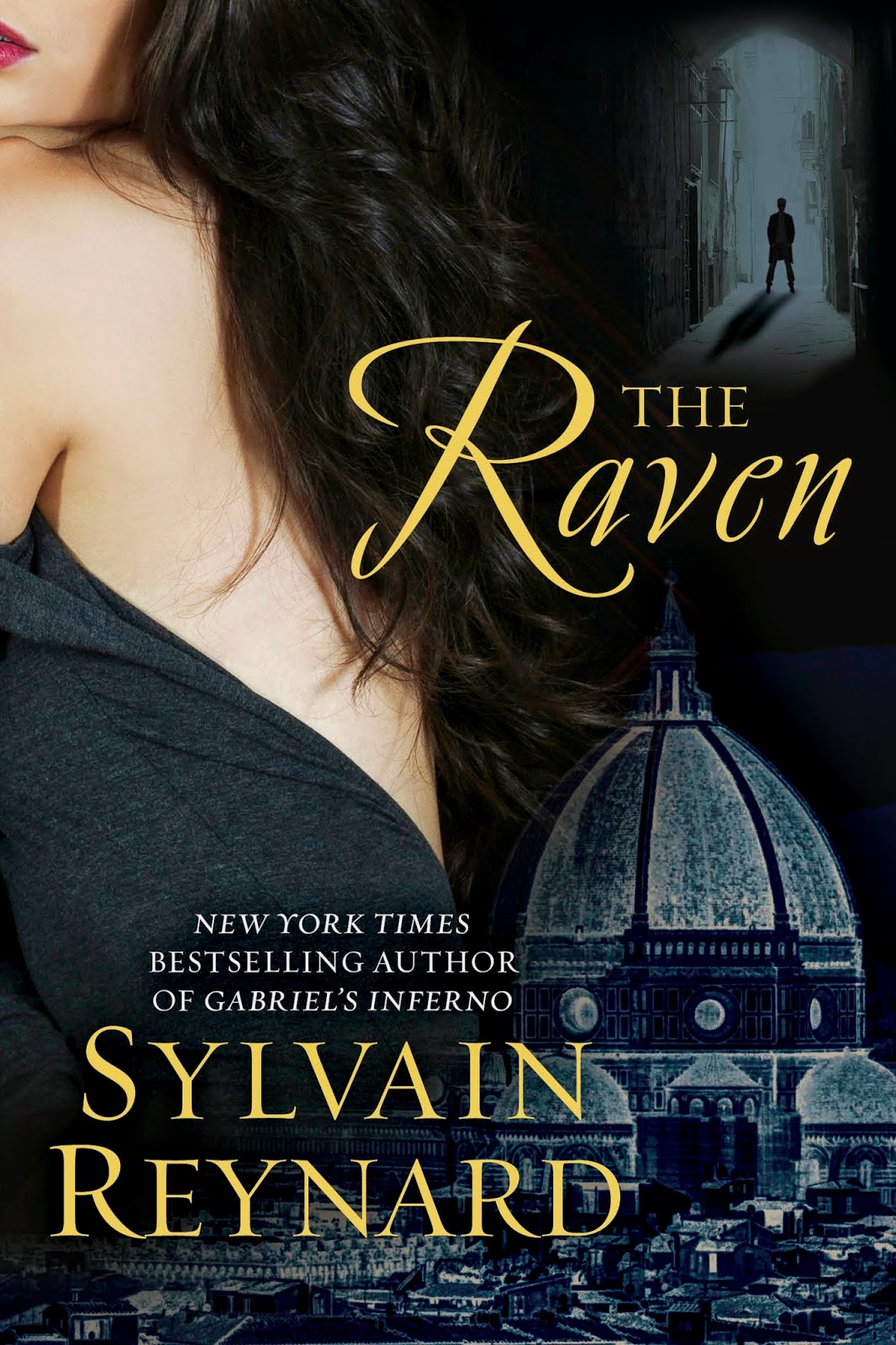 The Raven
by Sylvain Reynard

Blurb:
From the New York Times bestselling author of the Gabriel Series comes a dark, sensual tale of romance in a city shrouded in mystery…
Raven Wood spends her days at Florence’s Uffizi Gallery restoring fine works of Renaissance art. But an innocent walk home after an evening with friends changes her life forever. When she intervenes in the senseless beating of a homeless man, his attackers turn on her, dragging her into an alley. Raven is only semi-conscious when their assault is interrupted by a cacophony of growls followed by her attacker’s screams. Mercifully, she blacks out, but not before catching a glimpse of a shadowy figure who whispers to her…
Cassita vulneratus.
When Raven awakes, she is inexplicably changed. She returns to the Uffizi, but no one recognizes her and more disturbingly, she discovers that she’s been absent an entire week. With no recollection of the events leading up to her disappearance, Raven also learns that her absence coincides with one of the largest robberies in Uffizi history – the theft of a set of priceless Botticelli illustrations. When the baffled police force identifies her as its prime suspect, Raven is desperate to clear her name. She seeks out one of Florence’s wealthiest and elusive men in an attempt to uncover the truth about her disappearance. Their encounter leads Raven to a dark underworld whose inhabitants kill to keep their secrets…

Release Date:
Early 2015
About the Author
I’m interested in the way literature can help us explore aspects of the human condition – particularly suffering, sex, love, faith, and redemption. My favourite stories are those in which a character takes a journey, either a physical journey to a new and exciting place, or a personal journey in which he or she learns something about himself/herself.
I’m also interested in how aesthetic elements such as art, architecture, and music can be used to tell a story or to illuminate the traits of a particular character. In my writing, I combine all of these elements with the themes of redemption, forgiveness, and the transformative power of goodness.
I try to use my platform as an author to raise awareness about the following charities: Now I Lay Me Down to Sleep Foundation, WorldVision, Alex’s Lemonade Stand, and Covenant House. For more information, see my Twitter account.
You can find Sylvain at