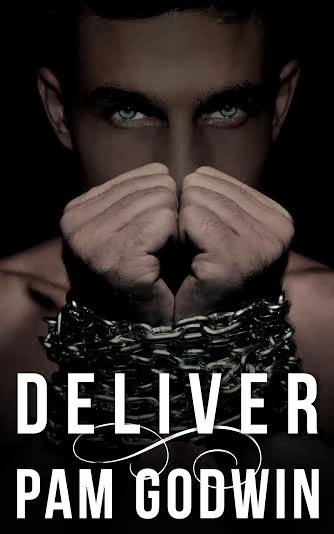 His name was Joshua Carter. Now it’s whatever she wants it to be.
She is a Deliverer.
She lures young men and delivers them to be sold. She delivers the strikes that enforce their obedience. She delivers the sexual training that determines their purchase price.
As long as she delivers, the arrangement that protects her family will hold.
Delivering is all she knows.
The one thing she can’t deliver is a captive from slavery.
Until him.
And her stubborn slave thinks he can deliver her…from herself.
Romantic Thriller
Stand Alone (no cliff-hanger). The sequel is coming Summer 2014.
Content warning: Graphic sex, violence, and psychological abuse. Age 18+ only.

I cannot get enough of Pam Godwin’s books. Deliver is another deliciously dark and sexy book, which will sicken, stun, surprise and arouse you.

I could not put this book down. Forget what you think will happen in this book, because the author will totally surprise you with the characters and the plot. No one is all bad, and no one is all good. Yes, I even felt a little sympathy for Van, in all his f****d-up glory. Deliver is a perfectly written, dark thriller, with everything I love in a book: emotionally-connected characters, an incredibly twisted storyline, and scorching hot sex scenes.

Deliver is a must-read for fans of dark romance. I did not want this book to end, and I can’t wait to read more from Ms. Godwin!!

(Copy provided by the author in return for an honest review.)

Click HERE to watch the trailer for Deliver by Pam Godwin﻿

On his back, muscles bared, bound, and stretched the full length of the box, he was an erotic picture. She was a criminal, and as ashamed as she was by that, the disgusting, fucked-up part of her anticipated spending the next ten weeks touching every inch of this man.
She dragged her gaze from his body to his face, and guilt slammed into her.
He stared up at her with so much pain in his eyes. “Don’t hurt my parents.”
Her gut twisted. She knew that pain, lived it every day. She leaned in, lips hovering a breath away, and repeated what Mr. E had said to her. “That’s up to you.”
Resolve hardened his face. She knew that emotion, too. Her time in the box was permanently carved in memory, which had made Van’s threats of returning her there an effective form of control in her training.
Tendrils of resentment coiled around her throat. To dwell on her or the boy’s predicament would only bring irresponsible hesitation. So she did what she always did to distract her thoughts.
She reached into the cold place inside her, searching for something yearning she could sing with dispassion. The beginning verses of “What It Is” by Kodaline fell past her lips and shivered through the room. She sang with an icy pitch as she removed a blindfold from the trunk by the box and tied it over his wide, glaring eyes.
To deprive smell, a swimmer’s nose plug went on next. He could breathe through his mouth, and the cracks in the box allowed airflow, but it wouldn’t feel that way to him once she shut the lid.
The skin on his face was hot and damp, the muscles beneath jerking against her fingers. She continued to sing as she cuffed headphones over his ears, plugged them into the tablet outside of the box, and activated the timer. Twenty minutes of heart-hammering silence.
The music in her voice strangled, stopped. Twenty minutes alone with his thoughts. Then the misery would begin.
“It’s just the way it is,” she murmured with an ache in her throat.
His body was motionless, but she didn’t miss the goosebumps creeping across his skin or the slight tremor in his cheeks. The sudden desire to comfort him drew her closer, bending her at the waist, until her mouth brushed his, softly, unjustly. His lips pulled away in a quiver that she felt throughout her body.
She straightened and rubbed her breastbone, unable to soothe the ache beneath it. “I’m so sorry.” A whisper, too low to pass through the earphones.
Then she closed the lid. 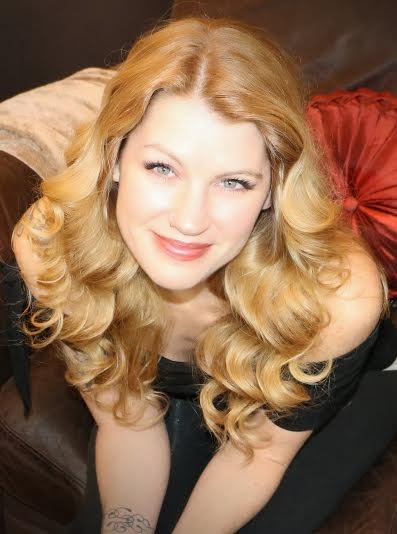