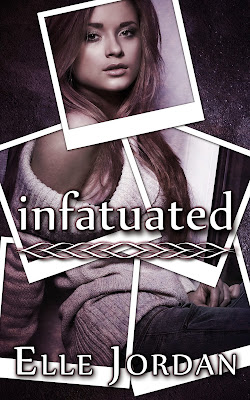 Blurb:
You can’t hide from love…even when you want to.
When I took a job as a bartender at Hanson’s to help pay for my classes, the last thing I expected to find was Kale Wilder. He’s sexy, smart, and he makes me smile and laugh faster than anyone ever has. More importantly, he makes me believe in Mr. Right.
But Kale came to the wrong place at the wrong time, because someone else has his eyes on me. Someone who watches my every move.
Kale’s the only one I want, but the more I feel for him, the more I fear for my safety. Because the other guy is getting closer and doesn’t want to share. He’s made it clear if he can’t have me, no one can.

Teaser:
“You brought me a date?”
“I did,” he said, rocking back on his heels.
I eyed him, then made a show of looking around. “Is he cute?”
The sputtering fish look that crossed his face made me feel better than it should have. He recovered quickly and nodded. “I think he’s rather handsome. Kind of rugged. Blue eyes, dark hair.”

Meet The Author:
Elle Jordan is the mastermind behind all kinds of things that need masterminds. …okay, not really, but she IS the mastermind behind…something. Her name, maybe.
Elle lives in the south, about an hour from the Happiest Place on Earth (aka Disney), drinks enough Mtn. Dew to keep the company in business, and has four lovable (read: evil and conniving) pets. She’s also the secret, evil alter-ego of another name. She’d tell you that other name, but then it wouldn’t be a secret.
When she isn’t writing, she can usually be found on Facebook, Twitter, or with Photoshop open, making covers for books she doesn’t have enough time to write. 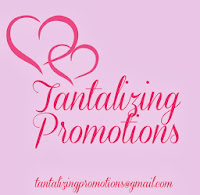 « BLOG TOUR, EXCERPT and GIVEAWAY: LIE TO ME by CHLOE COX
RELEASE WEEK BLITZ ~ ALONG CAME TROUBLE by ERIN KERN »